Day 3 was me sorting through boxes of materials from a previous excavation in the basement of the Isthmia museum. On my break, I toured the site. The theater is overgrown by grass and blocked off and the temple of Poseidon is a wee bit in ruins, but the mosaic at the Roman bath is great. Here are some shots. 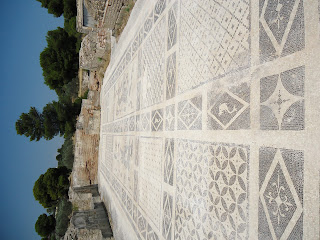 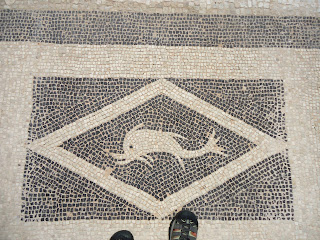 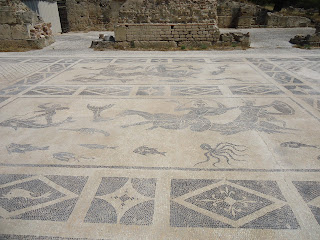 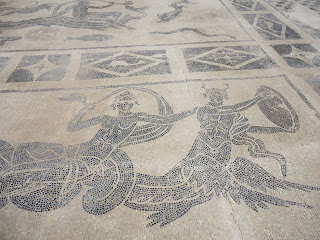 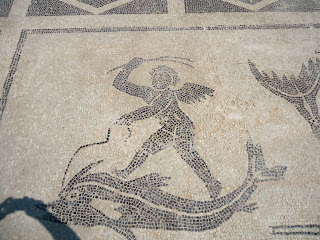 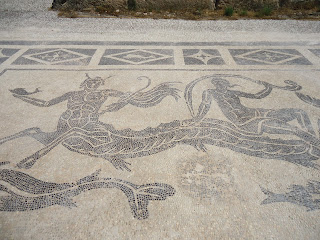 This morning, there was no work...well, there was work, but it was cleaning trash, so instead, we went swimming off the site (where I climbed around on the submerged ruins) and then went to visit the Ancient Corinth museum and site. It is NICE. 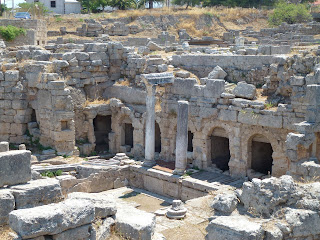 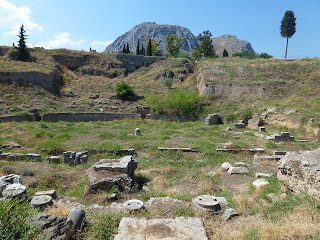 The theater of Corinth with Akrokorinthos in the distance. 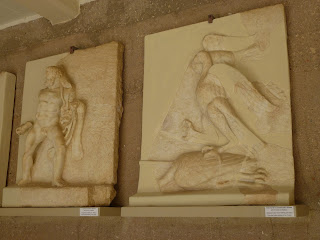 From the Roman skene of the of the theater--Heracles and the Stymphalian birds. 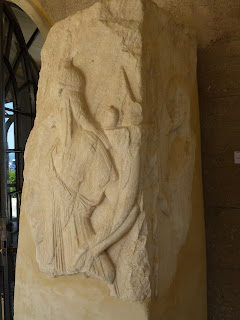 Athena and Dionysos from an archaic gate. 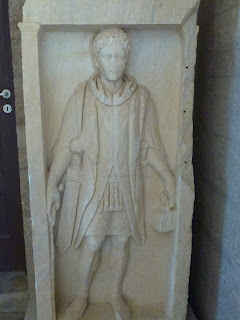 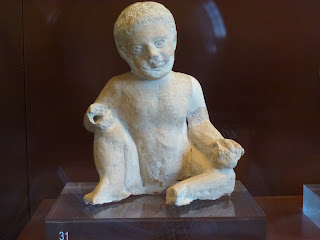 An infant dedication to the Askleipion. 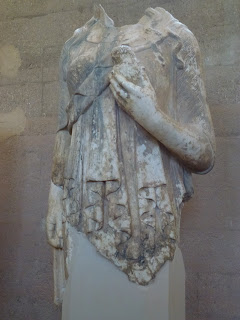 Athena holding an owl of wisdom. 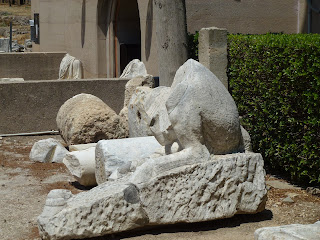 A seated donkey statue. Apuleius anyone? 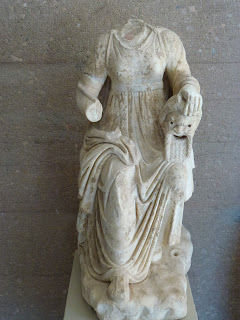 The Muse of Tragedy. 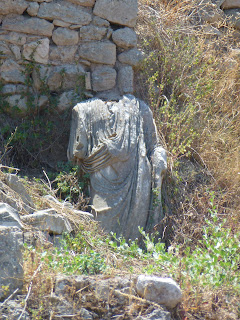 Statue in the remains of the Stoa of Corinth. 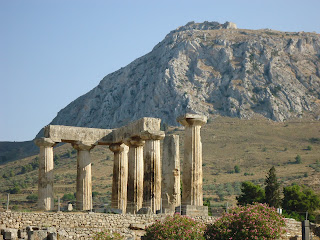 The 6th century temple of Apollo with the mountain behind.

Tomorrow, we are climbing the mountain. Wish us luck.