We took a short site trip yesterday to Aigosthena (modern Porto Germeno), a small port town on the Gulf of Corinth at the intersection between the Megarid, Attica and Boeotia (excavated in the 1940s by the Austrians, we think). We spent some time exploring the site--occupied since the 6th century BCE up through medieval times--then went swimming ig the mildly chilly bay. It is a Classical citadel with long walls reaching down to the sea. The town was located between the walls on the hillside leading from the citadel to the sea. A medieval monastery was later built into the citadel and both early Christian and Byzantine churches were built in the town. 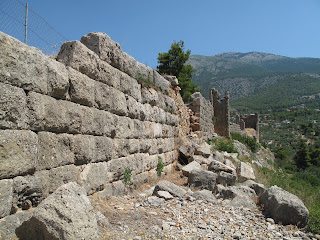 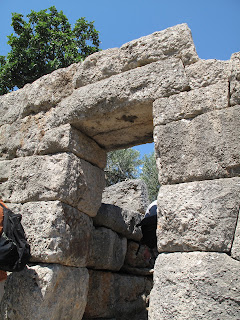 Entrance to the fortifications. 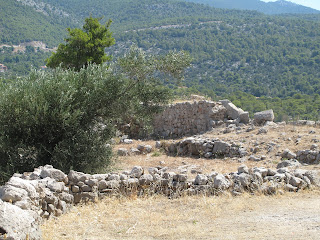 Walls of structures leading down to the sea. 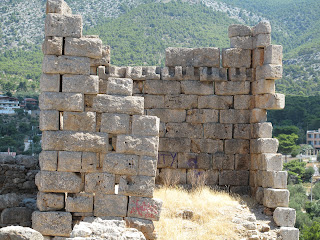 One of two remaining tower structures on the acropolis. Shows evidence of a second floor. 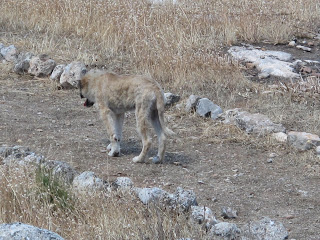 The stray puppy who seems to inhabit the ruins. 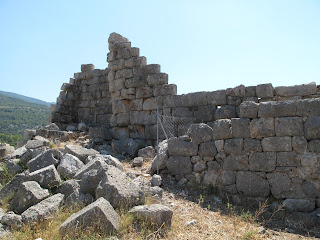 Stairs to the main wall and tower. 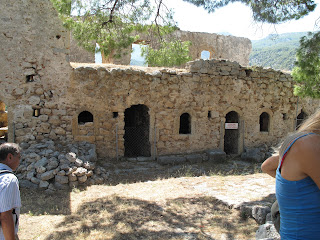 Likely the bedroom for the monks built into the original front gate of the fortifications. 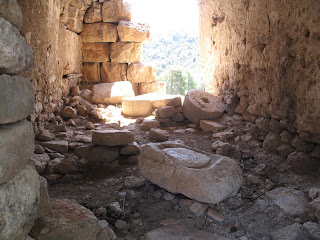 Inside one of the rooms. Is that a column drum? Or a grinding wheel? 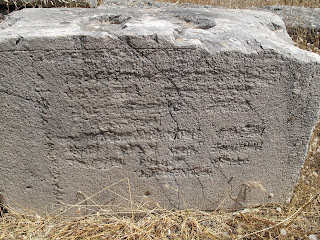 Statue base for a bronze statue in the remains of an early Christian church located halfway between the acropolis and the sea. . The letters seems to have been erased or have been worn down by the sea air. The back is un-smoothed suggesting it was positioned, in a niche or against the wall. 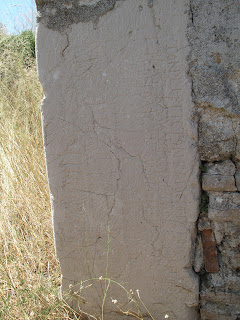 A 5th century CE inscription (as determined after a 15 minute debate by a team of "experts") from a statue base incorporated as a cornerstone into the Byzantine church located on the remains of the Christian church. 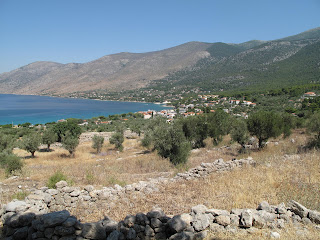 This town had a great view of the sea. 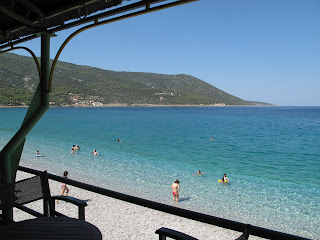 I mean, look at that water.

Today is a day of relaxation while tomorrow signals hard work in 100 degree heat. THe dig is wrapping up here so we will be assigned to either analyze artifacts or do some minor work on the excavation site. Looks like there is a marathon or something being run in town right now. Wow. All I want to do is sit in the shade and hide from the blazing sun.