Akrokorinth and the Return to Athens

Akrokorinthos is the giant mountain jutting out of the earth above the city of ancient city of Corinth. From the time of the Kypselids (6th century BCE) until the 19th century under the Ottomans, the fortress on the hill was occupied. It is pretty formidable and pretty difficult to ascend. As my friend Alex pointed out, it seems a bit far fetched given the rigorous nature of the ascent that the so-called "temple prostitutes" at the temple of Aphrodite on Akrokorinth were getting much action (my issue with the existence of temple prostitutes in antiquity is a whole afferent post). Here is what I mean: 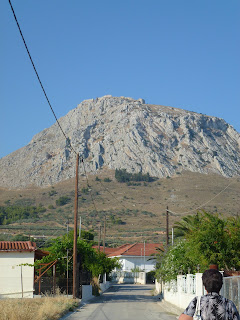 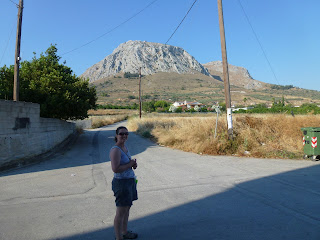 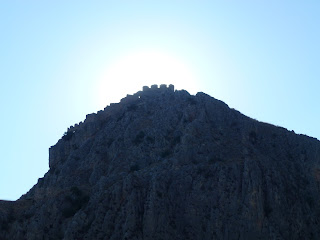 At the foot of the climb is a remnant of an Ottoman fountain with Arabic. It has been in use for centuries, as one can tell from the worn marble. 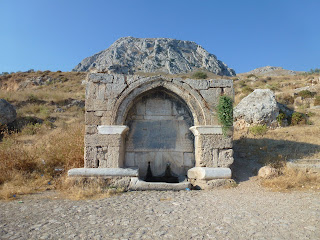 I will admit to cheating on getting up the hill. We were about 5 minutes into the climb when a team of Aussie archaeologist drove by in their work trip and drove us about 3/4 of the way up before they had to turn off to go to their site. Though we were very grateful to get to the top faster, there was little solace at the first of the three walls: 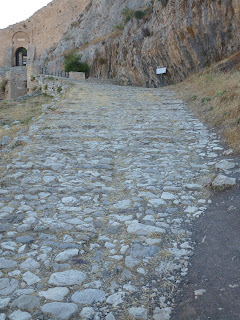 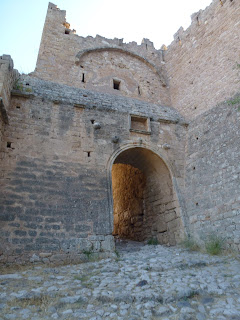 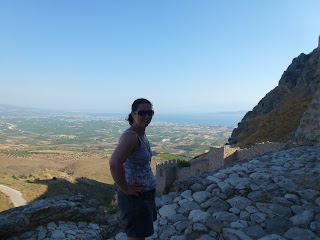 This is me before we started climbing the site. I did not look nearly so chipper afterwards. 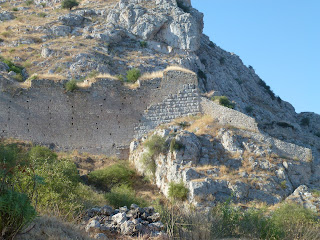 One of the coolest things about the site is that you can see the layers of building over the 2500 years of usage. The large lighter colored blocks in the above shot are the 6th century walls. Above that are then the Venetian walls from the 17th and then the Ottoman walls on top.

After hours of necessary recovery time, we had one last dinner with the tiny remnant of the excavation team (4 of us) and then proceeded to go to the platia for some cheap table wine (2.50 euro per half liter) and watch the activity--there was a festival for St. Paul yesterday. You may recall (if you ever learned it) that he visited Corinth once and gave a speech from the ancient bema.

Anyway, we came into Athens today and proceeded to check into our hotel right near the Acropolis museum, then go get lunch. I also needed to invest in a sun hat: 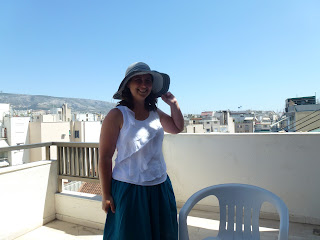 Also, I have purchased the first of what may be many cheap ancient replica souvenirs: 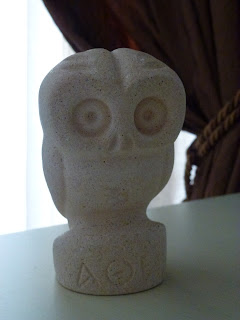 You all know you want one.

Tomorrow, back to the Acropolis for the rest of the site and then the south slope.