Crises of Culture and the Anxiety of the Powerful

We were, you know, foreigners in our own city, wandering lost like strangers and it was your books that led us back home, as it were.  As a result we were able to recognize who and where we were.  It was you who revealed the age of our country, the historical chronology, religious and priestly rules, civil and military customs, the location of districts and regions, in sum the causes, duties, types, and names of every human and divine matter.  At the same time, you shone a bright light on the history of our poets and in general on Latin writers and Latin language (Cicero, Academica Posteriora 1.9).

Cicero, writing in the 1st century BCE, is discussing the situation that he and many other Romans found themselves in during the Late Republic and here praises the antiquarian Varro, who, seeing that much that was Rome's own history had been lost to the shadows of time, began researching his own people and culture. Cicero brings up Varro while he himself was attempting to forge a new philosophical vocabulary, one that was Roman and not, as most literature, cultural terms, and genres had been for centuries, Greek. It was nothing new--Cato the Elder, a notorious crank, had complained incessantly for years about the corrupting influence of Greece on Rome. 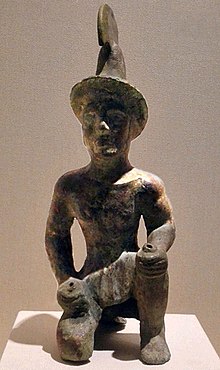 The Romans had conquered the Greeks, but, as Horace once wrote Graecia capta ferum uictorem cepit et artes intulit agresti Latio (Captured Greece captured her fierce conqueror and bore her arts to rustic Latium, Ep, 2.156-7). Greek poetry, drama, history, philosophy, oratory, even language would dominate the Roman educated classes and popular entertainments alike. There was hardly an art the Romans had that was not first Greek (except satire, of course). Not entirely true, of course, but many a Roman felt this way nonetheless.

What it was, of course, was simple anxiety--the kind of anxiety that happens when people who are used to being in their comfort zone or used to being in control suddenly feel like they are out of their element or out of control. It is an anxiety felt by those who are used to swimming in the pool themselves and are suddenly asked to share it. And maybe the people coming in want to float around and play instead of swimming laps. Did the Romans truly no longer know what it meant to be Roman? Were they truly feeling like "foreigners in our own city"? Or was it simply that the sea of people they gazed out upon no longer was 80% "Roman," but maybe more like 65%?

One of the stumbling blocks in many a conversation about white privilege and issues of racial justice and equality is often the fact that people who have privileges don't feel like they do. Or rather, they don't recognize (or don't want to recognize) that at least some of what they have isn't earned, but given. And that others won't ever have those givens regardless of their work ethic or genius because our world really isn't a meritocracy. But meritocracy is one of the fundamental bedrocks of democracy, we are told. We have, we are told, the freedom to pursue our dreams, the freedom to speak our truths, the freedom to achieve--if only we have the ability and drive. And yet, as this weekend's discussion around NFL players taking knees at games during the national anthem in protest of police violence against certain of our citizens show, those freedoms aren't evenly distributed or recognized--no matter how good some people are, the system is stacked against them. There are entire segments of the US population who have never been granted the full rights their citizenship is supposed to provide. For the most part, these are people of color in the US, and the darker the color of your skin, the more the system is designed to keep you down--and out.

Like Cicero and Varro and the curmudgeon Cato the Elder before them, the Romans felt the weight of foreign cultures weighing on them and overshadowing their own. But what did they expect when they decided to leave their land and invade and conquer those of others? When they decided to ship in slaves from all over the known world--from Asia as far away as India, from Africa as far south as Ethiopia, from Europe as far away as the Russian Steppe? But it was the Greeks whose culture weighed heaviest on them. It was Greek culture that they both admired and embraced and feared was destroying their own.

We might think similarly about the "others" who live among us--African-Americans, whose ancestors were brought to the Americas by force in slave ships, and Latinx-Americans, whose ancestors lived in much of the western US long before white, Europeans came to the continent and claimed it as their own. Why is it that we "white folks" are more than happy enjoy the fruits of the creativity and hard work and dedication of our non-white neighbors and fellow citizens, appropriating their cultural achievements while giving them little to no credit for actually achieving them while doing everything in our power to keep from them the freedoms and protections that are supposed to accompany being a US citizen? Because American identity was built upon, first, open racism and white supremacy, and later, upon its "user friendly" and banal front man, that mythical creature called "Western Civilization." And Western Civilization is, for all its high-flown language of freedom and equality and community, really about being of European descent, Christian, and, for better or worse, preferably, a man.  And Western Civilization, if you didn't know, is in CRISIS.

David Brooks, the New York Time columnist now mostly known for Panini-Gate, has been moaning for going on 20 years now about the "Crisis of Western Civilization," which he claims is destroying our identity. How it forms our identity is an interesting question. For the most part, this identity is supposedly shaped through the study of the foundations of Western Civ--the Classics. This education yields, he claims, a shared set of cultural values and a vocabulary for shared dialogue:


This Western civ narrative came with certain values — about the importance of reasoned discourse, the importance of property rights, the need for a public square that was religiously informed but not theocratically dominated. It set a standard for what great statesmanship looked like. It gave diverse people a sense of shared mission and a common vocabulary, set a framework within which political argument could happen and most important provided a set of common goals.

Are these really shared values? Do we really allow everyone in our society to participate in them? Should we expect them to in order to be called Americans? What religion should inform our public square?  Whose property matters more? When does "reasoned discourse" only serve to cover the violence of the powerful? What happens when the only way "diverse people" can participate in the "shared mission" is if they give up who they are, where they come from, and the basic rights they deserve and share that mission as subordinates and lesser than?

There is a fundamental problem with a society built upon a construct premised on the oppression of others--and with a society that is afraid to admit this oppression for fear that only that oppression is what holds the society together. As Brooks again bemoans, over the last few decades, this shared culture has broken down and "Now many students, if they encounter it, are taught that Western Civilization is a history of oppression." Good. The truth matters. And should, we are told, set us free. But is even this truth enough? Reed College, one of the schools that still requires a "Western Civ" foundation course, finds itself hard pressed to defend the course (that includes Homer, Plato, Gilgamesh, and the Hebrew Bible) against students who feel that the civilization that rests upon these texts, and so the texts themselves, excludes and oppresses them--just as Brooks feared. Are these students wrong to oppose a set of texts that have traditionally been used to forge white identity and to exclude them, that incorporate and assimilate the cultures of Egypt and Mesopotamia and Jews to make the class diverse, while the dominant white culture rejects their modern counterparts and to feel like being forced to study them reenacts the violence that led to the establishment of whiteness? I don't have an answer for it, but Brooks' crisis and the crisis we keep hearing about in conservative writings seems to me like cultural anxiety--the expression of the powerful resisting the need to share that power.

Today, I read with my students about Cicero's concerns for Rome's lost identity. We also read Plutarch writing of Alexander the Great's Macedonian companions' anxiety as he slowly sought to merge his two worlds--the Macedonian/Greek practices he had been raised in and the customs of the myriad cultures he conquered when he led his troops into Asia all the way to the Indus River. The more Alexander assimilated himself to Persia--to its clothing, its people, its land--the more they resented it and felt he was betraying them. Some (like his companion Cleitus) grew so angry they threatened to kill him. Again, cultural anxiety, the fears of the powerful that they might need to give a little up in order for others to have a fair share. The Macedonians invaded the Asian continent. They destroyed the Persian empire and the world the peoples they encountered knew. And yet they were the ones who felt anxiety when Alexander decided to adopt some of the culture of the conquered. They even grew violent.

What does it say about us when we look at the world today and see the silent protests of our fellow Americans against the continued and brutal violence perpetrated against them and people think that these protests are more destructive of our communities and our identity than the violence itself? There is a crisis of values in Western Civ, but it isn't a crisis like the one Brooks and Steve King, and Pres. Trump think. The crisis is our acceptance of violence against others in the name of a false ideal, a crisis of privileging our white comfort and privilege and desire for conflict free spectacle over the lives of others.