Open Letter to the SCS on Supporting Departments and Programs

[note:there are a few sentences in here that are a little harsh. I am not going to change them because they are already out there and editing them now would be disingenuous. But, I do want to acknowledge the hard work of the SCS staff (tiny) and many of the people on comms who are working for change. It really is not about individuals, but a long standing blind spot that has led in some ways to, as one person put it “1980s solutions to 2020 problems”. More people have read this than I anticipated. I hope you can see past the snark to the concrete suggestions and need for a long needed investment in teaching and small, non PhD programs and towards a democratization of our orgs and the efforts to support those programs below the prestige line.] 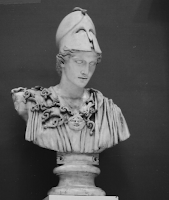 Dear Important People in the SCS (and any other professional classics orgs),

The last couple of weeks has seen a lot of handwringing in the media, on social media, and elsewhere about a change made last year to Princeton's undergraduate degree requirements. If we are to believe some of our colleagues and interested non-professionals, the sky has not only fallen, but hell has also frozen over and the field is definitely burning down. By making the languages an optional choice for students, Princeton has apparently broken classics. This is despite the fact that the languages will still be required to enter graduate programs nationwide.

We are witnessing in slow motion (though it’s speeding up) the creation of a new educational apartheid wherein elite, prestige institutions will continue to have robust humanities and classics educations, while small liberal arts schools, state schools, public K-12 schools, community colleges, and other non-elite spaces become vocational schools for future debt-peons. But, please, let's keep talking about language requirements versus making them optional.

It says something about the state of affairs when the Princeton program changes get more airtime than the dozen or so programs or departments that are currently being closed, reduced, or are under threat at non-Ivy schools around the country. Here is a spreadsheet being kept by Evan Jewell @ClassicsAtRisk. Yes, Howard University's closure received some attention, thanks to Cornell West (and the indefatigable Anika Prather), and there was a period of outcry and support for University of Vermont (thanks mostly to Jessica Evans). But, for the most part, programs just fade with a shrug and a sigh from our professional organizations, who seem to be at a loss for how to do any sort of advocacy work for the field beyond handing out limited funds for outreach activities. The most recent statement on anything from the SCS, if I recall correctly, was about how people shouldn't be mildly mean to each other on Twitter or Facebook or in our personal communications with each other. The SCS didn't even raise a finger in protest when AP World History eliminated the ancient world sections and decided the History of the World started in the 15th century.

For over 20 years now, Classics programs and departments in the US have been under threat of closure or reduction. The minutes of the Liberal Arts Chairs meetings from the SCS are filled with discussions of how to prevent losses to tenure lines, losses of majors, and department closures. The strategies have mostly centered around adding more classes in translation and shifting the language requirements. This makes sense because the classes that aren't enrolling and that put the departments at risk in the corporate university structure are the advanced language courses. Students simply do not want to take foreign languages (it isn't just Greek and Latin that are closing, but also German, Chinese, Japanese, etc.).

Importantly, often no one learns of these closures or threats until they are too far along to stop. Many universities are in deep financial trouble and under-enrolled majors like Classics are one fo the easiest places to justify cuts. Programs closed or under threat basically have been on their own to try to find solutions at their home institutions and these programs are often small and without resources to fight. What has the SCS or our other orgs done? According to @ClassicsAtRisk, Jeffrey Henderson (contacted I guess as a member of the Education Division?—UPDATE as the contact for the Campus Advisory Group that sometimes offers advice—CORRECTION “service”, not “group”. It isn’t a group.) said over a year ago that they were working on something. Nothing has yet been done.

The only current mechanism for departments to share their experiences and struggles is the Liberal Arts Chairs meeting, which 1. only happens once a year at the SCS, 2. is only made up from people who can actually attend, and 3. is actually a relatively new entity. The SCS doesn't even provide guidance or support for departments or programs that need or want to have external reviews done, something commonly done by other professional organizations.

Meetings between the Liberal Arts Chairs and the Grad Program Chairs have consistently showed the gap in where the two types of programs are, with the Liberal Arts programs basically being asked to choose between having a program that prepares students for graduate work and entrance to the profession or that can fill enrollments, increase majors, and serve the greater communities on our campuses and which keep our programs open. One common solution has been the 2 tiered majors (or similar structures)--one in languages, one in "studies" that has reduced or no language requirements--the thing that is supposedly killing classics at Princeton has saved dozens of smaller programs from closure.

I would like to call for the SCS and any of our other professional organization--CAMWS, CAAS, CAPN, etc--to consider the big picture and make itself useful to the programs and departments that teach the majority of courses and students in this country, programs that are NOT Princeton and the other PhD granting institutions. I am calling on the SCS to make real changes to what they do and do not do for the field as a whole. I am asking for the SCS to be more than an organization that passively exists and be an actual organizational space and active space in support of the teaching of the ancient world. To that end, I have thought of a few minor things the SCS might do to make itself more useful to membership. I call for the SCS to:

There are probably other things that others can think of that would make the SCS and other professional orgs useful to their membership in the fight to prevent the disappearance of ancient studies from our education system. Otherwise, I am not sure what good the organization will be for anyone other than the elite prestige programs that will be the only remaining ones another 20 years from now. Maybe that is the plan. At the least, it's the likely outcome of passive professional orgs [probably too harshly worded] who think their only option is to watch helplessly or work quiet back room letter writing in the face of the continuing onslaught against the Humanities, Liberal Arts, and study of the ancient world in the US education system.