The Annual Wrap: A Year of Living Publicly 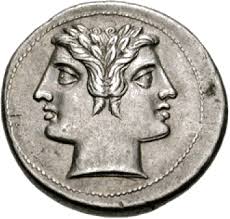 It's that time of year again when all the blogs and podcasts post lists of their top posts for the year. 2018 has been a hell of a year for many people--and I mean hell as in a Sisyphean nightmare type of hellscape, not "that's one hell of a year!" raucous fun type of hell. It seems frequently that we are falling further into the public enjoyment of cruelty than in any other time in the recent past. Whether it is our president tweeting away any responsibility his policies have for the deaths of children in government custody, Rep. Peter King saying "well, it was only two children!", the Office of Personnel Management suggesting furloughed federal employees barter services and play handyman for their landlords while the president postures for his Fox TV friends over a wall that we don't need and won't do anything anyway. And, while #metoo may have gotten renewed attention this year and more women are speaking out and being listened too, white feminism continues to rear its head in obvious and painful ways.

With a year like this, it's been hard to have much positive to say on the blog. I've been mostly pondering the continuing ways the classics is being used to promote white supremacism, but also reflecting on the ways my research and what is happening in our world today intersect and collide. Some things that got started but never finished? A summation of my tweeted-reading of Chapoutot's Greeks, Romans, and Germans, for example. Or the reflection on teaching a course on classics in fascist and white supremacist regimes (I will get this one done before classes resume in the spring).

Anyway, here is hoping next year brings us all some much needed relief from pushing the same rocks up hills over and over again AND here is a look back at my 10 most read posts from 2018.

10: The Rewards Outweigh the Risks— Advocating for Public Scholarship in an Era of White Supremacy

This is the text of the talk I gave at the 2018 Classical Association of Canada Annual Meeting on why we should do public facing scholarship, how to support it, and what some of the risks may be.

9. White Supremacy and Classics Scholarship on Race and Ethnicity

Text of the talk I gave at CAMWS 2018. I examined why classicists avoid using 'race' or reject that race existed in antiquity and why this position has led those outside academia to reject scholarship on ethnicity in antiquity as ideologically driven, emboldening white supremacists and, ceding the debates on race and genetics to those who believe race is a biological fact instead of a social, political, and economic fact. Some discussion of the UNESCO statements on race included.

On the problems about talking about 'race' with reference to antiquity, how this can lead to people talking past each other, and scholarly 'detachment' as an obstacle to engaging the present while reflecting on the past.

7. On Nationalisms, Classical Antiquity, and Our Inhumanity

Every once in awhile, I get emails about my blog. Usually, it's haters. Sometimes, it's people who agree with me but for all the wrong reasons. As I discuss here, replacing one nationalistic argument for another doesn't fix the problem of modern nationalist claims on the classical.

In classics, we deal with multiple levels of appropriation: of the classical past by modern groups, of Greece by Rome, of Egypt by Greece, an onward. But the language of appropriation today carries with it meanings that sometimes lead to confusion about what it and isn't 'appropriation' versus cultural melding or borrowing or resistance. I try here to engage that confusion with a little help from Craig Jenkins and Frank Guan.

5. Using Freedpersons as an Argument for an Inclusive Rome?

4. The Ancient Frat Bro and a History of Legal Disregard of Women

The Kavanaugh hearings got me all kinds of upset--it's one of those moments when my research and real life come too close for comfort, when thousands of years of legal violence against women gets played out on an international stage in a very public forum and all we can do is watch knowing that crying over one's love of beer by a former Yale frat bro will gather more sympathy than testifying to attempted rape by same beer lover. This one (and an accompanying tweet) got me written up in a sad excuse for a hit piece in the College Fix and got me some awesome fascist mailings that I'm saving for posterity. But I would not unwrite it.

3. On Being a [Foreign] Woman in Classical Athens

Another one that comes right from my research which I wrote it on International Women's Day as a counter to all the posts about famous women in history. Sometimes, we need to remember the not-famous women who lived precarious lives and didn't manage to 'overcome their difficulties.'  Life doesn't work that way and neither should history writing.

2. The Dorian Invasion and 'White' Ownership of Classical Greece?

Here I explain the long debunked but still ridiculously popular Dorian Invasion myth and how it influenced the discussions (and white supremacist backlash) against the casting of a Nigerian actor as Achilles in the BBC's Troy: Fall of a City. This one is getting folded into an article for a new volume on the show, so look for more on this in the future.

This one is actually the #2 read post of all time on my blog, which is odd given that it is a bit of inside baseball--i.e. it is really something to do with the field of classics specifically and academia. I wrote it after receiving more than a dozen emails or comments from colleagues and students about both the talks and the class. It's more information sharing than anything and can let people make their own decisions. But we always struggle with the problems of how to treat the scholarship of problematic scholars, whether it is Avital Ronell or Holt Parker or others. How to deal with it needs to be made by each one of us everytime we create a syllabus or write a related article or book. The fact that this one continues to be read every week by more people than other posts suggests I'm not the only one who struggles with the issue.

Two posts I also want to mention that were ones I loved, but didn't make the top 10:

Museums as "Trojan Horses": on my work as a museum director and how we can and should use our exhibitions to tell the bigger story and not just those of the elite, white, men who have been at the heart of museums' development since their inception.

Wine and Milk: Drinking Cultures as Acts of Exclusion (by Dr. Kate Topper): MY FIRST EVER GUEST BLOG! And it was awesome. If you want to know what milk chugging by white supremacist groups has to do with the ancient symposium, check out what Kate has to say!

So, there you have it. The blog's year end round up. Next year, I will be posting up lots of things as I am working on lots of projects that need finishing and writing on the blog helps me think. So, look for more posts on race and ethnicity in antiquity, immigrant women in Athens, and the way antiquity continues to be engaged in the modern world.
By Rebecca Kennedy at December 30, 2018
Email ThisBlogThis!Share to TwitterShare to FacebookShare to Pinterest
Newer Post Older Post Home