I am Not a Humanist

I've read a few things in the last week or so that have me thinking, specifically while I do some painting and woodwork in the house and my mind is free to wander. What I've been thinking about is how power structures get naturalized and how we (in the general sense) fight or argue to keep those structures in place without recognizing (willfully or in blissful ignorance) that these things are not in nature or of nature but naturalized as such. One of these things is the divisional structures of universities which slot us into humanities, physical sciences, arts, and social sciences. These are not "natural" divisions, but clearly an organizing structure that is meant to manage people, not necessarily knowledge. It's about how we allocate value and resources, not about how we think, interact with the world, or experience life. To be a humanist, social scientist, arts practitioner or physical scientist isn't a thing inherent in our work or based on where we reside in university structures (the same could be said of our disciplinary or departmental positions). It is not, in other words, an identity. To call ourselves by these structures is to invest ourselves in the naturalization of a specific way of organizing the world that is inseparable from politics. It is to defend a specific socio-political order that is not natural but has been naturalized. In other words, there is a reason I resist calling myself a classicist and why I do not call myself a humanist.

We can see this type of people management process in the name of defending a naturalized socio-political order in education (or, as the University of Toronto now calls it "people strategy") in things like the list the Wisconsin Republican party wishes to see banned from public schools (up through universities). The list is a "what's what" of stuff that questions power developed over the last few decades often within social science and humanities programs at universities as part of critical engagement with the world we inhabit. Some of this stuff has by now been coopted into the university and corporate machines that reproduce the status quo, so seeing it on a banned list is funny (like "Diversity, Equity and Inclusion" or "Diversity Training"). The total list, which can be found here, is absurd--my favorite is banning the word "intersection"; what do we call the place where streets connect? 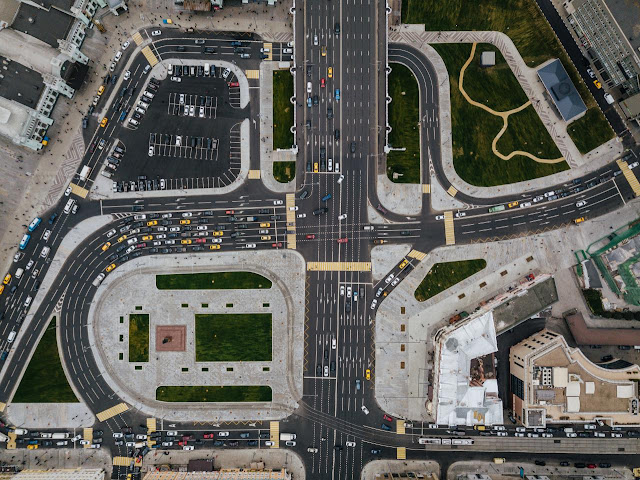 The current bans are all centered on race and gender -- the very things that many of my colleagues in "classics" still consider "fringe" or "ancillary" to the study of antiquity despite decades of research and teaching on these topics and despite the fact that half the human population in antiquity was ALSO women and despite the fact that race (though not biorace as it manifests in the modern world) also existed in antiquity. The humanities, for the better, I think, has been invested in understanding and engaging these aspects of the human experience for many years now. In doing so, however, it has decentered (oops! that's one of the words on the bad list!) more traditional focus on what is inarguably elite men and their primary concerns and perspective of the world. This is why humanities is being attacked and shrunk within the university. To ignore this is to ignore context. To ignore context is to argue and defend a humanities divorced from humans. A humanities that isn't simply a device for maintaining a Christian education under the guise of "universal morality" is a threat to the status quo.

Reasons that "humanities" and "classics" in their current form are being dismantled are manifold. It has been the trajectory of those of us who are generally placed within the humanities divisions of our colleges to increasingly push against disciplinarity and to seek intellectual engagement with our colleagues in other "divisions". We don't see why these "divisions" need to actually divide us so thoroughly. Disciplinarity and divisional structures, of course, are meant to divide us. But neither knowledge nor the humans who seek it can reside strictly within the oubliettes we have crafted for ourselves. We want to see the sky in all its vastness. We want to be free. But that means undermining the very people management system that provides us with structure in our lives. For this reason, we must be destroyed.

To be free floating entities at a university without majors, minors, departments, disciplines, divisions, or (perhaps most importantly) budgets and endowments to rest our sense of value and purpose upon, is scary. And, of course, it disadvantages those who have built their existence upon all of these divisions and who thrive within the system because they are built for the system. To want to move and think and be outside of this often comfortable and comforting (even while alienating and oppressive) regime requires rethinking how and what we value. It requires a whole slew of things on the banned words list: deconstruction, critical self awareness, critical self reflection, decentering, interrupting. It means staring the systems of power in the face, recognizing them for what they are, and understanding that continuing to inhabit them without resistance can only be intentional --there is no unconscious or unintentional bias in a true human centered education. Because we cannot truly study humanity and not know that our structures result in exclusions, oppressions, and bias. If we choose to defend or reproduce these structures without resisting them and working to change them, we are choosing exclusions, oppressions, and bias. I am not a humanist, if humanist means continuing to do things the way they have always been done.

And so we find ourselves in a strange situation where those of us who find disciplinarity and divisionalism restrictive and nothing more than mechanisms for maintaining a naturalized status quo where elite male and Christian perspectives and valuations are centered as normative (damn! I cannot stop with these bad words) are participating in our own dismantling as an academic discipline at the hands of a human management system that only wants that which reproduces and supports itself. Those who embrace traditional disciplinarity and the values that support and help reproduce the current system defend the value of disciplines and the humanities through something that cannot, in fact, be taught through reading books --morality.

Humanities by itself cannot teach morality or ethics -- we need to be one with our colleagues across disciplines and divisions --physical sciences, arts, social sciences, and humanities working together and through each other. Though it is unclear if even the most robustly well-rounded university education can create "discerning moral agents" (to quote my university's mission statement). Despite focusing our studies and teaching and valuing humanity more broadly, openly, and realistically than those invested in universalism and traditional structures and hierarchies, we are considered the "real" threat to the traditional "humanities" that themselves can only be kept within the modern university so long as it functions to enforce an unreal idea that there is a universal human experience or morality that is reflected in the current order of things. This is to naturalize the unnatural.

I don't want to nor can I in good conscience be doing a job the goal of which is to reinforce the naturalization of the status quo. As far as I am concerned, if being a humanist means imparting or discovering "universal truths" in texts instead of engaging in a critical inquiry of the relationships between those texts and both their original and continuing contexts, then I don't want to be a humanist. In fact, this sort of humanism is, to me, anti-human, just as any science that purports to be purely objective and divorced from contexts is. There is no universal truth that should not be interrogated, no morality that is embedded in nature that should be accepted without question, no status quo that must be defended in the name of any artificial disciplinary or administrative people management system. To defend these things as inherently necessary or valuable means that one is either comfortable with the system, resigned to it, or benefits from it.

And this is by design only a small portion of the human population. Any "classics", any "history", any "philosophy", and "biology", and "physics", any "political science" that depends upon traditional hierarchies, distributions of knowledge and resources, intellectual categories, proprietary methodologies, or claims to morality or ethics is a dead end and an agent of entrenched power. No thank you.