Some Things are too Embarrassing to Talk about or Ignore 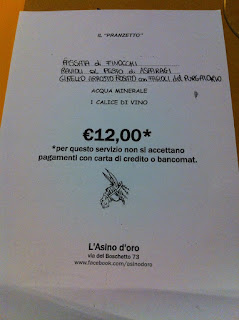 I tried not to read this last one. They have all been so bad and I am aware that anything about "Classics" published in the National Review regardless of who writes it will be at the least subliminally racist and stuck in the worst Dreams of Whiteness. This most recent one by well-known translator Sarah Ruden is no exception. It is also long, which means I simply cannot do justice to all of it in a response, so, I won't even try. Instead, I want to point out some of the most egregious moments. Some of it is undoubtedly unconscious--living lives insulated from people who are different, who have to navigate the world as not White can put blinders on people and make them miss lots of things. But other parts? I can't believe anyone is that naive and uncritical and poor at basic analysis. So, anyway, here we go:

I appreciate that from the beginning, we are informed of which elite halls the author has been traveling down. I hate it when they wait to flex the Ivy credential until the 3rd or 4th paragraph. When it is in the first sentence, I know how the narrator is positioning themselves and how I should feel about my own state school PhD: "Clearly, the [author] wanted me — a [working]-class, [midwestern/west coaster], very young woman — to contemplate what a glorious opportunity I had [not] been given, my [lack of even a] small share in so much wealth, power, and prestige." [changed from the original].

"And in fact nothing ever moved me to denigrate or pity classics as a discipline, though I had already seen, and would keep seeing, hardship of all kinds, phaseouts, and accusations of irrelevance and iniquity inflicted on institutional classics."

It's called Stockholm Syndrome. Joking (not really), but no. "Classics" is not a person to be pitied. And critical assessment is not "denigrating". Its...critical analysis and engagement. And the things you describe are neither actions of pity nor denigration. They are institutional actions around an academic discipline within the structures of the modern university. Can you pity an institutional structure? That is just odd.

Nice that we can skip all that stuff about origins of Harvard and stuff and Puritans and Classics. I've read a lot of better and more accurate histories. You can, too.  (Maximus Planudes suggests, however, that Panine's Sanskrit grammar would have better accomplished the goals that she ascribes to early Harvard education, but they chose Greek and Latin for some reason. Probably the Christianity thing or something, right?).

"But this is not the fault of the classics, which are just a set of sturdy and adaptable tools."

Not very adaptable if moves within the field to change it are treated as hell freezing over. But, perhaps more accurately, it is just wrong. "Classics" is not a set of tools. "Classics" (see above) is an academic discipline moored within academic institutions. Maybe this is where we can see the beginning of the source of our problems--conflating "Classics" the discipline that people want to change--change the educational goals and institutional structures of and extend the content we include within it--with objects of study like languages. Also, as one colleague said on Twitter, "Pretty sure there is something about this tool stuff in Plato's Gorgias." But no one ever reads the Gorgias.

A century later, the Founding Fathers came to their clear thinking about governance by way of the classics.

Wow. Clear? Have you studied our government? Or read the Federalist papers? Or been engaged at all in the the last few decades of American politics? CSPAN is always on for you.

This next paragraph is a doozy:

The prevailing accusation in cancel-culture America is that the classics are inherently authoritarian, and never even a potential tool of liberation. But a look back at the beginning of the modern Western tradition, where classics merged with Christianity, suggests the opposite [side note: I thought Kagan taught at Yale]: Classics is tantamount to the prize itself, so that you might as well righteously resolve to keep money away from the poor.

Sentence one is pretty much just all filled with wrongness. Cancel culture? PLEASE STOP WATCHING FOX NEWS. If there are people saying "the classics"--which I think is meant to be different from "Classics", no?--are inherently authoritarian, they are wrong. But, just no. Almost no one says this. The only thing most of us say is inherently authoritarian is the political machinery seeking to silence criticism of entrenched power (you know, White supremacism?). If by "the classics" you mean books like the Iliad or Aeneid or Herodotus' Researches, then this is a willful misrepresentation of any serious person in our discipline's assertions when we speak of the complicity between the academic discipline of Classics and White supremacism. It's the most useful straw man y'all can trot out though, because then you can get headlines like "Wokeness Brigade Hates Homer". It's a lie, but it riles up the base.

I don't even know what that last sentence means. If Classics does mean giving money to poor people, I am all for that.

The (rather long) point of the Augustine passage is hard to see. As a translator of Apuleius, I would have hoped that '"the docile mule" of "Classics" would have hidden something more interesting. Skipping it.

All of this was on my mind as I read about a present-day clash in the field of classical studies.

Not surprised she totally misunderstands Dan-el's position, if all that muddle is in the way.

If you can master the hard, linguistic part of classics — the inner structure, as necessary as anatomy is to medicine — you are by rights the master, the magister or “teacher,” in the M.A. abbreviation; it would be tough for any racist politics to deprive you of that distinction...

Well... for many of us, the languages are the easy part. For some people, the hard part is synthetic analysis across genres, chronologies, and materials. I never found the languages difficult (neither did the author, apparently, but says it way later in the essay because the structure of this thing is awkward). I found them fun. The hard work for me was always ideas and figuring out how to make the initial idea into something more substantive and meaningful. Reading most of the responses to the NYT article, I can see this is a struggle for many others as well.

More importantly, yes, people do dismiss the credentials of BIPOC scholars ALL THE TIME. There are DOZENS OF STUDIES ON THIS. We are watching it happen in real time. It happened in the NR essay.  I don't know why people think it is totally ok to makes such insipid statements that are easily countered by evidence.

Without the language standard for advancement, classics becomes — has to some degree already become — a mere soup of feelings about the past and its influence on the present, a soup heated or cooled by whoever commands the institutional stove. In his classroom, Poser observes as Padilla directs a mash-up enactment of Roman power struggles, with a student in a football shirt eventually winning the empire by seven votes.

HOLY NON-SEQUITUR, BATMAN! But, seriously, the ignorance and absolute dismissal of demonstrably good pedagogy is depressing. Like, do people not spend any time actually doing the research on how students learn? And does the author really think that reading Caesar's propaganda is the best way to understand Roman history? If so, no wonder so many people who have done a Classics degree think authoritarianism is good. (OOPSY. I used the word authoritarianism, but I think it is ok, because Caesar actually did overthrow the Roman Republic with his legions and set himself up as Dictator for life).

Not gonna talk about the soup.

I am going to say something that may make the author of the op ed livid with me, but I get her. I really do. I too live(d) in the midwest (in Ohio even!) until I was 13 (and again later) and understand how utterly depressing it can be as a place. I am sorry the midwest hurt you. But, your inability to write a check properly or heat up pizza at the age of 21 is not even remotely connected to or similar to experiences of racism. You felt ignored? Its nice to be White in the midwest that way. You can just blend right in. Try doing it while not White. I'll wait for the detailed description of that experience.

I should stop with the running commentary. I am being needlessly cruel here. Instead, I will just list the remaining moments in the essay I found where the Whiteness of the author reared its head and the (unconscious?) racism pops through. Because, honestly, a lot of this just reads like sour grapes (luscious overseas grad student mistress? trading desirability for publishing translations? WTF? Did you not have someone edit this for you?) because someone who thought they were superior to others turns out to be just like the rest of us in most ways--non-celebrities plodding along. Some of us are, however, interesting-- I just want to point that out.

1. "I’m sorry, but I do understand what it was like for the young Padilla to have someone (in his case a photographer who was semi-homeless himself) make sacrifices for the sake of his talent: I can’t count the number of hours of off-the-clock, one-on-one tuition and classroom auditing teachers gave me over the years. These people stocked my brain and pushed me forward. As I was finishing my B.A., Berkeley offered me the country’s leading fellowship for graduate study, but I matriculated at Harvard instead, as its placement record for new Ph.D.s was better."   Unnecessary flex (as my Gen-Zer would say). Also, please stop pretending your experience was anything like Dan-el's. It's almost worse than the multiple invocations of MLK. I mean, if only Dan-el had written a book about his experiences that could help us truly understand him better.

2. (Racism could be daintily avoided; none of us had ever heard of “minorities” except on TV.) WOW. This is a deeply damning critique of your education that might suggest that BIPOC in our discipline, like Dan-el (who, ya ya you totally get), actively experience racism in the field. Why do you not frame it that way instead of just tossing it out as an aside and quickly moving on?

3. The entire section on South Africa and Zimbabwe. I think a commentator on Twitter summed it up best with something like "I needed European literature to remind me what beauty was after being subjected to Black violence in Africa." Like, this is just so so bad. But, of course, if plays right to the base audience of the NR, who are invested in the notion of "western" chauvinism and in a European-only "Classics". Interesting coming from a person who is well-known for translating African authors from antiquity.

I admit that I have not been particularly gentle in my comments. Do such badly written, bad faith misrepresentations of our colleague and his hard work trying to turn the discipline towards a more productive, equitable, innovative, "sturdy and adaptable” future deserve such? It's angry-making. It's frustrating. It's fundamentally dishonest. Please make it stop.