A few years ago, I gave a talk on my campus about the idea of elections as accountability mechanisms in ancient Athens. I subsequently posted it to my blog. I had actually originally written that talk and presented it as a job interview talk in 2007 and had in my mind while writing it 1. the discourse around the “free and fair” elections being touted by the Bush administration in Iraq after the US invasion, and 2. the calls by many many many people to not hold anyone in the Bush administration accountable for war crimes, for lying about the Iraq invasion, for...anything. Basically, what people were saying was that the 2004 election was an accountability moment in and of itself and that would be sufficient. Because Bush was re-elected, there was nothing more to say about it.

As we all sit riveted and terrified by the current political crises--domestic terrorists attacking the Capitol, incited by a sitting president, with numerous members of Congress themselves both supporting the lies that incited the terrorists and even being part of the hate groups and facilitating harm against their colleagues--I think of this idea that elections are supposedly accountability moments. Especially when what brought us to this moment is that the terrorists and their enablers want to ignore the election.
What is even more troubling, of course, is that the only mechanisms we have for actual accountability are not elections, but impeachment, expulsion from Congress, and prosecution, and these same enablers and people who call elections accountability moments want us to put aside any accountability in the name of “unity”. Instead of rallying in unity behind those who want to demonstrate some real accountability, they want to pretend these terrorist actions never happened. They want a unity with amnesia, not unity with accountability.

“Instead of moving forward as a unifying force, the majority in the House is choosing to divide us further... Let us look forward, not backward. Let us come together, not apart. Let us celebrate the peaceful transition of power to a new president rather than impeaching an old president.” ~ Rep. Tom Cole (R).

"Last week, I hid in an office for hours, terrified to open the door because I did not know if a rioter was on the other side ready to attack, kidnap, or murder me ... they were radicalized by the president ... Donald Trump must be held accountable." ~Rep. Judy Chu (D)

Although I do not want to live this moment in our history through the lens of Classics, it is becoming inevitable and, really, it would be wrong for me not to since I am simultaneously watching impeachment hearings, FBI/DOJ updates and preparing my class on Athenian Democracy and Law, which starts in two weeks. I am surprised that no one yet has made the ancient analogy of this moment to Athens in the aftermath of the Thirty Tyrants and the Amnesty that was granted as part of the reestablishment of democracy.

Of course, I don’t want anyone to make this analogy. Because the situations are not analogous. But I need to be prepared to engage with my students in this moment about how and why the situations aren’t the same. 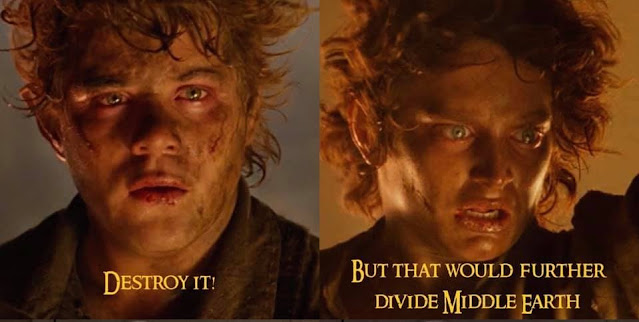 I guess I should first describe the Amnesty to those who aren’t historians of ancient Greece. The Amnesty was a legal “forgetting” (amnesia) of crimes committed by some citizens against other citizens and resident foreigners (metics) under the reign of a group known as the Thirty. At the end of the Peloponnesian War (431-404 BCE), the Athenians lost and the Spartan victors set up in Athens in place of its democracy a small oligarchic government of elite men, many of whom had been students of Socrates or who feature in Plato’s dialogues as friends and family, that was tasked with keeping Athens from interfering with Spartan hegemony. The Thirty Tyrants, as the primary leaders came to be called, were brutal. They stripped citizenship away from 80-90% of those who had been previously granted citizenship under the democracy and targeted wealthy resident foreigners, who under the democracy had been granted various privileges (like tax exemption) for support of the people. By targeting, I mean, they murdered them and stole their wealth and property. Thousands of Athenians fled the city and gathered among their former military enemies in Thebes and Corinth and put together an army to reclaim their city and reestablish their democracy.

That’s a bare outline of the events that led to the Amnesty. Needless to say, it was a horror show. The idea behind the Amnesty, therefore, was that the crimes committed were so pervasive, that so many people (whether through active participation or passive complicity) were implicated, there was no way society could move forward. There would be no way to move past, they thought, the continual use of the courts by people to exact revenge for crimes committed against them or by people who were silently complicit who might use the system to enrich themselves by laying false claims. There was too much death, too much exploitation, too much harm. They thought the only way forward was to wipe the slate clean.

This, in effect, is what Republican lawmakers and many “centrist” pundits and people who write and talk all the time and get paid for it for reasons that escape me, are asking for--a clean slate for themselves and even for the President who incited it. Fine, prosecute the people who did the actual storming, the terrorists themselves, they say, but not the leaders who pushed them, paid them, encouraged them, egged them on to do it. But this is exactly what the Athenian amnesty was not. 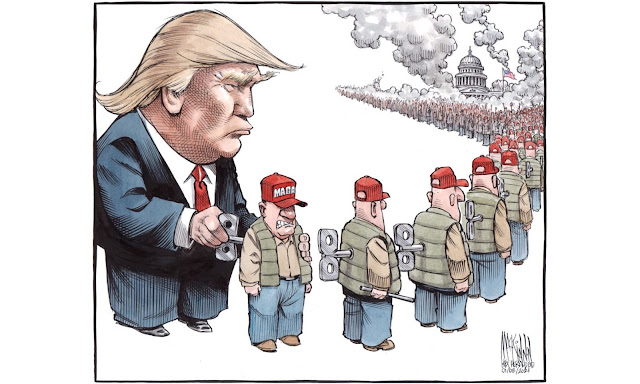 The Thirty, you see, were the “leaders.” They didn’t show up at Leon of Salamis’ house to arrest him and take him off to execution. No, they sent Socrates to do it. And even though Plato tells us in his Apology of Socrates, that Socrates didn’t do it, what he does tell us is that Socrates just “went home”. He didn’t stop the fellows he went with from arresting Leon. He didn’t tell his students who were among the Thirty that they should’t do it. Leon was arrested and killed. For his money. And Socrates went home. Although, some will say that Socrates was eventually held accountable for his complicity with the Thirty, technically, he could not be prosecuted for it under the Amnesty. The Amnesty didn’t hold accountable the people who were sent to do the storming and arresting and stealing and terrorizing. The Amnesty let them go and insisted only that the leaders who had sent them be prosecuted.

Under the Amnesty, you see, there was accountability. It wasn’t a clean slate. Any of the Thirty who had not died in the battle for Athens had to stand trial and make an accounting for their action if they wanted to return to Athens. They had to face justice. So did the so called “Eleven” who were set to control the Piraeus, Athens’ port, under the leadership of the Thirty. It was, in essence, a true accountability moment for the political leadership that incited the mobs to kill their fellow Athenians and neighbors. The political leaders who sent them and incited them and benefited from the actions of those they manipulated, encouraged, paid, egged on to crimes--they were the one the Amnesty held responsible.

We are not in a moment that calls for amnesty. We are in a moment that calls for accountability. Those who led the mobs of terrorists and rioters to the Capitol, those who supported the fantasy of Trump’s lies, those who continue to do so and say we should move on by forgetting the past and looking forward, they want this because they do not want to be accountable for their own actions or words. They aren’t leaders. Leaders are responsible for what they do.These are leeches on society, cowards, and, exploiters. If there is anything to learn from Athens and the Amnesty it is that unity and forgetting can only come after the politicians and leaders who led people down these paths are held to account. And the only mechanisms we have for this are impeachment, expulsion from Congress, and, in some cases, criminal prosecution. 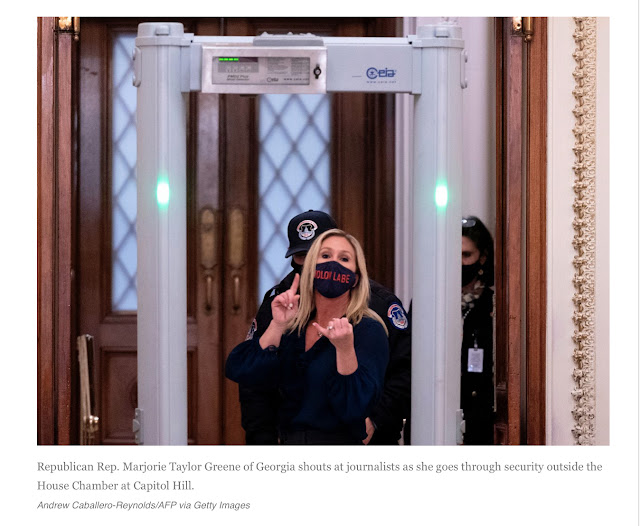